You'll find plenty to do during your stay, whether it be local trips, excursions further afield or activities here at the farm.

We offer convenient access for day trips to The Yorkshire Wolds, The North Yorkshire Moors, The Yorkshire Coast as well as a number of Yorkshires finest estates and attractions.

We are ideally situated for easy access to the York Racecourse within 20 minutes. The Ebor races are a popular annual event as well as regular meetings throughout the year.

Immerse yourself in the home of iconic locomotives and an unrivalled collection of engineering brilliance at the National Railway Museum.

Home of the Mallard, it is a must visit for any train enthusiast.

York Castle Museum is a museum on the site of York Castle, which was originally built by William the Conqueror in 1068.

Created from over one million living, growing maize plants, York Maze is not just the largest maze in the UK it’s an award winning fun filled, day out in the country.  It also has a high-tech funhouse, kids’ adventure activities and pig racing.  It opens July-September.

For Halloween in October, it opens for an adult based activity Halloscream.  Highly recommended.

Discover the stories behind the greatest names in chocolate on a fully guided, interactive tour. Journey through York city where chocolate made history.

Follow the York Chocolate trail walking tour around the city.  We have maps available for you at the barns.

At the world famous JORVIK Viking Centre you are standing on the site of one of the most famous and astounding discoveries of modern archaeology.

Archaeologists from York Archaeological Trust have revealed the houses, workshops and backyards of the Viking-age city of Jorvik as it stood nearly 1,000 years ago.

The York Dungeon is a journey through 2000 years of York’s darkest history, bringing together iconic characters, immersive sets and thrilling special-effects in a unique and exciting actor led experience that you see, hear, feel and smell.

Local Walks from the Farm

There are a number of walks, both locally and from the door.  Kelfield wood just up the field has wild deer and blankets of bluebells in April-May.

The riverbank across the road provides an easy stroll of approx 25 mins along the riverbank to Cawood where there is a pub serving real ale and food as well as two lovely cafes to stop off at.

This walk also incorporates the ‘Wolsey Walk’ – including the gatehouse of Cawood Castle, once the seat of  to a number of wild deer which are frequently seen on the farm. There is a large amount of environmental work undertaken on the farm, with over 7% of the land devoted exclusively to the management of biodiversity and encouraging bird populations.

Cycling from the Farm

A fantastic area for cycling with it’s quiet flat country roads, bring your bikes along and explore!

There is a cycle path called ‘The Solar System’, part of the Sustrans route that can be joined at various points nearby. This is a planetary route on the old railway line that brings you directly into York city centre.

There is a large population of owls surrounding the farm, helped along by the owl boxes we have erected.

Over 80 species of birds have been identified on the farm, 63 of them alone during a single recent RSPB survey, 10 of them on the BTO red list. Come and try to spot them.. We’ll provide the list.

The wood beside the farm plays host to wild deer which are frequently seen around the farm.  Approximately 7% of the farms area is specifically managed for the benefit of wildlife.

Stillingfleet Lodge Garden and nursery is an organically managed, wildlife friendly, family garden with a cafe.

The four acre site comprises a series of themed areas surrounding the traditional farmhouse plus a pond, meadow, vegetable garden and a very well-stocked plant nursery.

Within a 5 minute drive from the barns.

The York Marina is located just a short distance away, offering a lovely outdoor and indoor cafe restaurant with a view of the cruise boats on the river.

Boat hire for a day trip is also offered at the marina, about 8 mins drive from the barns.

Have a fun-filled family day out and do things together at Summit Indoor Adventure, Selby.  All the activities are under one air-conditioned roof so come rain or shine the weather won’t stop your fun.

Right next door there is the Selby Leisure Centre with swimming pools.

Also just a short distance away, on the way into York there is the York Designer Outlet.

This is an undercover retail therapy outlet with external play area for children which also operates a park and ride system into the city centre.

Ideal for a rainy day.

Skipwith Common is just 2 miles away.   A nationally important nature reserve with over 500 acres of lowland heath and is one of the last remaining such areas in the North of England.

It was used during the 2nd World War as an ammunitions store and runways for airplanes.  You can cycle right through the common and have lunch in Skipwith village before returning.

Within 15 mins from the barns at Skipwith/Thorganby.

It is perfect for a family day out. With habitats spanning from wetland and wildflower meadows to mature woodland, this delightful nature reserve is home to a diverse range of wildlife.

The Escapologist Escape Rooms in Selby are designed as an immersive experience within a themed room, for groups of between 2-6 players. The purpose is to work through the puzzles and clues in the room within 60 minutes and ultimately ‘escape’.

Where clock watching can become thirsty work, the key to The Escapologist offering is a unique setting for your visit, whatever you’re escaping from and with. Their steam punk theme creates an escape from when you step foot inside, a retro-futuristic escape from reality. Think machine, mystery and mixology.

The Royal Armouries Museum is home to Britain’s national collection of arms and armour.

Check out the weapons and armour of warriors through the ages from early medieval knights to the modern-day soldier.

Discover treasures from around the globe – explore the Ottoman Empire, the Wild West, Europe, Japan and India.

Wonder at the fabulous arms and armour of the Japanese shoguns, the royal houses of Europe and the kings of England including Henry VIII who reigns supreme in the Tournament Gallery.

With exciting hands-on history activities and live combat demonstrations you’ll get closer to the action than ever before!

Temple Newsam is one of the finest historic houses in the region, with a rich history of links to royalty through plots and intrigue.

Their award winning rare breed conservation farm is one of the best-loved family attractions in Leeds. Come face-to-face with a variety of farm animals and get hands on with the piglets, chickens and geese running free in the yard.

One of the Treasure Houses of England, the historic Georgian property sits within “Capability” Brown designed landscape with remarkable views from the award winning Terraces.

With bags of space to run around, a massive adventure playground, penguins, flamingos and parrots there’s no shortage of adventure for kids of all ages.

Tropical World at Roundhay Park in Leeds is the city’s most popular family attraction.

You can meet crocodiles, monkeys, butterflies, bats, snakes and a gorgeous family of meerkats.

The Forbidden Corner is a unique labyrinth of tunnels, chambers, follies and surprises created within a four acre garden in the heart of Tupgill Park and the Yorkshire Dales.

A tourist visitor attraction unlike anywhere that you have been before, ideal for the adventurers and those young at heart! My personal Yorkshire favourite!

Newby Hall is one of England’s finest houses, an exceptional example of 18th century interior decoration.

Newby Hall holds the National Collection of cornus. Add to this a wonderful children’s adventure garden with a moated fort and water play features; a miniature railway to ride, a woodland discovery walk and a contemporary sculpture park and you have a perfect day out for all ages.

Malham Cove, topped with its weird and wonderful limestone pavement, is one of the most impressive natural features in Yorkshire, and a highlight of the Pennine Way.

Perfectly situated to visit the superb waterfalls on the River Ure, the National Park Centre can also point you in the direction of other lovely walks in the area taking in the surrounding woods or heading up to the lovely villages of Carperby or Aysgarth.

The NYMR carries more passengers than any other heritage railway in the UK and may be the busiest steam heritage line in the world.

From the atmospheric Whitby Abbey towering over winding cobbled streets to the windswept beach and working harbour, Whitby is not your traditional coastal town. No trip to this picturesque ancient seaport would be complete without sampling some award-winning fish and chips, following the footsteps of Bram Stoker’s Dracula and English explorer Captain James Cook or discovering the history of the famous Whitby Jet.

Robin Hood’s Bay is a true gem of the Yorkshire Coastline. Brooding cliffs tower over a village of quaint charming cottages which spill right down to the edge of the sea.  Discover the secrets of this smuggling village.  It’s a steep walk from the fossil beach back up to the top car park, with lots of snickleways to explore.

Bigger Trees Near Warter is David Hockney’s largest work to date. It measures more than four and a half by twelve metres. The painting is made up of fifty panels joined together to form a whole.

The rolling hills and valleys of the Yorkshire Wolds are a beautiful backdrop for a day out walking from the barns – Thixendale, Givendale and Warter.

There is so much to choose from nearby, here are some examples of what is on offer.

A short ride from the barns you will find theatre, historic architecture, festivals, great food and drink, and entertainment for all. 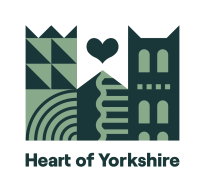 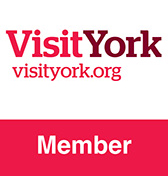 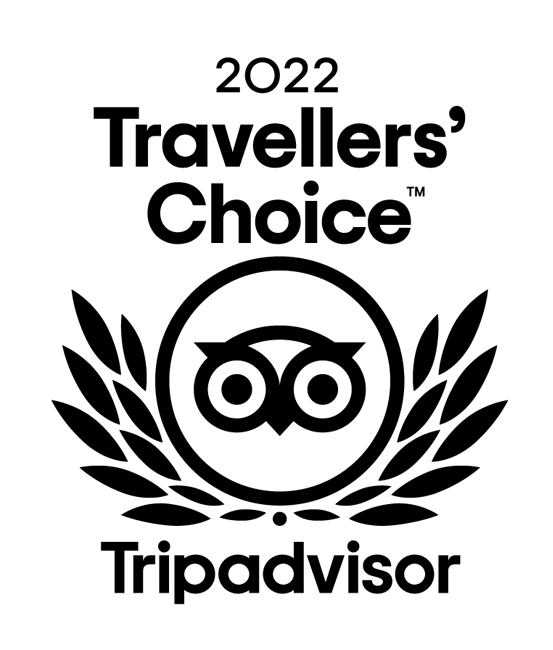